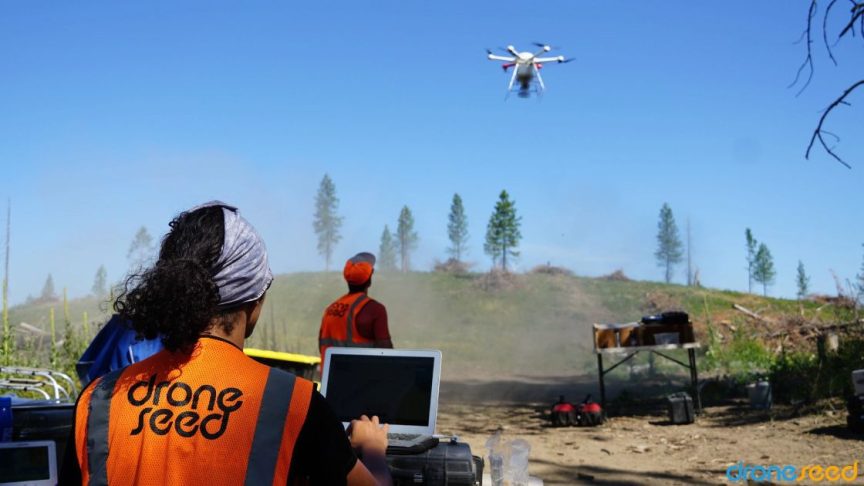 Reforestation company DroneSeed has announced its largest sale of offsets to date to Shopify, a leading provider of essential internet infrastructure for commerce, which is on a mission to reverse climate change. As part of the post-fire reforestation, native trees of multiple species will remove 50,000 tonnes as they grow over the next century on a legally protected site.

A leader in climate tech and post-wildfire reforestation, DroneSeed serves as a one-stop shop for reforestation, combining drone-based aerial seeding, seed inventory, and tree nurseries. As wildfire size and severity has increased due to climate change, funding the high up-front costs of reforestation has become a significant bottleneck. DroneSeed’s reforestation initiatives are financed by the generation and sale of carbon offsets in partnership with Element Markets, an environmental commodities company dedicated to the rapid deployment of carbon reduction products and services.

DroneSeed’s reforestation work—supported by Shopify’s Sustainability Fund, is performed in partnership with EFM, the project co-developer. EFM manages the stewardship of 120,000+ acres and is a natural climate solutions investment firm that is both majority woman-owned and a minority-owned B Corp. The Henry Creek property located in western Oregon is a prime location for growing conifer trees and is directly adjacent to designated wilderness areas and public lands. The Henry Creek project site consists of forest burned in the Beachie Creek fire in 2020.

DroneSeed’s offsets are at the forefront of a new class of carbon removal offsets available on the voluntary market to fund reforestation. Historically, the majority of forest carbon offsets have been generated from projects protecting mature forests, while carbon offsets have much more rarely been an effective tool for financing the high up-front costs of reforestation.

Repayment periods for reforestation projects were 10-25 years long and reforestation projects funded by offsets have been rare. The non-profit Climate Action Reserve (CAR) recently created a new protocol to establish offset sales as a mechanism for investing in reforestation. These offsets are forward-looking, also known as “ex ante,” meaning that buyers are investing in the carbon that will be absorbed and stored by re-seeded and replanted forests as they grow.