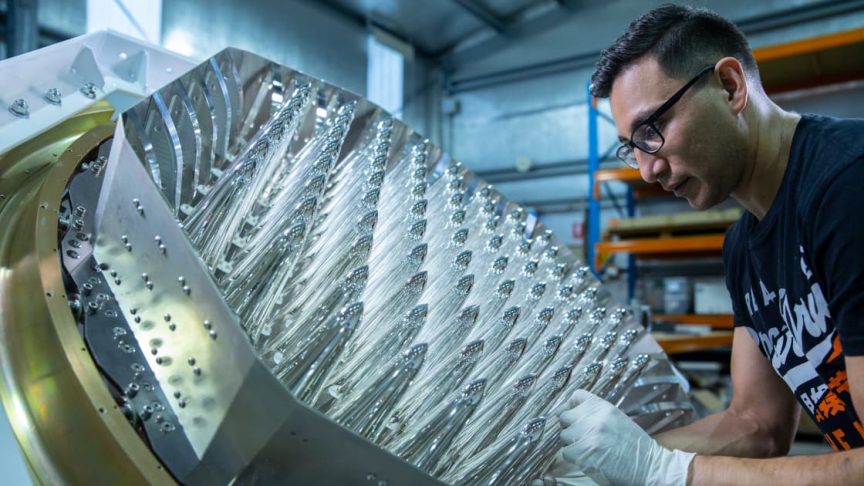 Over the next decade, more than 57,000 satellites will be launched worldwide to support a surge in demand for space-derived data, from environmental monitoring such as bushfires and floods, to connecting to sensors on ‘Internet of Things’ networks. However, with present-day ground stations typically tracking one satellite at a time, heavy congestion is expected to limit the potential of satellites and the downstream industries they support.

Quasar will look to capitalise on the US$130 billion satellite ground communications market, using technology developed by CSIRO for radio telescopes like its own ASKAP telescope in Western Australia.

CSIRO Chief Executive Dr Larry Marshall said after helping receive images of humans on the Moon fifty years ago, the commercialisation of this breakthrough research would now help put more Australians into new jobs in the growing space industry.

“CSIRO has been a leader in radio astronomy and spacecraft communications for more than 60 years, from supporting the Moon landing in 1969 to inventing and delivering the phased-array feeds in Australia’s newest radio telescope, ASKAP in Western Australia,” Dr Marshall said.

“Space is the highway of the stars, but current ground station technology is the equivalent of one-lane on-ramps,” Mr Ridley said.

“By making it possible to communicate with hundreds of satellites simultaneously, we’ll be able to ensure the thousands of satellites launching over the next decade have a way to call home efficiently.”

“CSIRO’s phased array technology revolutionised radio astronomy by enabling ASKAP to see enormous portions of the sky at once – about 30 times the area that conventional telescopes could see,” Dr Feain said.

“I’m excited to see the next evolution of this technology empower satellite businesses and their downstream industries.”

Quasar will offer the technology ‘as a service’, enabling commercial and public sector partners to access data from satellites in low, medium and geostationary orbit from anywhere in the world, in the same way many cloud computing services work today.

Quasar is building the technology using an Australian-based team with expertise and research support from CSIRO.