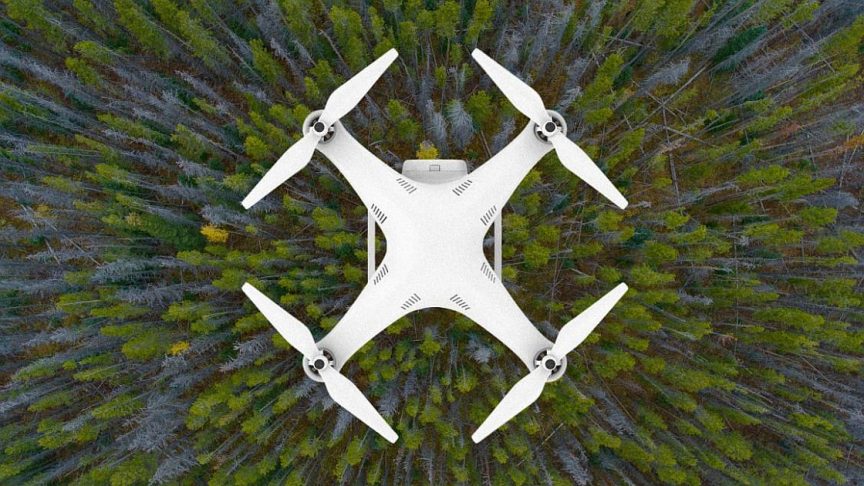 If a trillion trees are planted on all of the land on the planet that’s available for reforestation, scientists have calculated that it could capture two-thirds of the carbon that humans have emitted since the industrial revolution. A new start-up has launched with the wildly ambitious goal to plant those trees—and it plans to plant the majority using drones.

The company, called Now, is a platform created to help connect anyone who wants to fight climate change with solutions. “We have the science telling us what needs to be done,” says Jessica Jones, one of the start-up’s cofounders. “The solutions are there. The papers are out, and the information’s been there for a long time. And then you’ve got people who are now waking up to this ecological crisis, but they’re really confused or unsure of how to act and what to do.”

“We said, ‘Well, 1 trillion trees is a really massive goal—is this possible?’” she says. “It’s clear that with hand planting, that just won’t happen in the time that it needs to happen.” Drones, however, could potentially plant 20 billion trees a year over 50 years to reach the goal. The drones fly over land to map the topography and soil conditions and identify the best area to plant, and then shoot biodegradable pods filled with a seed and nutrients into the ground.

On the platform, customers subscribe to plant trees (at $5, $10, or $25 tiers); Now will use 90% of that money for tree planting projects. Jones says they opted to form a company instead of a non-profit, because it was easier to get operations moving more quickly.

A major study released in July mapped where trees could feasibly be planted, avoiding cities, farms, and landscapes that weren’t previously forests. On those 1.7 billion hectares—an area greater than the U.S. and China combined—restored forests could collectively store more than 200 billion metric tons of CO2. “They said, ‘Okay, this is how many trees will draw down this much carbon dioxide, and we have the land available,’” says Jones. “So that was exciting: We knew that this was a viable option.”

Working with a non-profit called Eden Reforestation Projects, the company will begin by supporting restoration projects in mangrove forests in Mozambique and Madagascar. “They’ve been helping people transition from logging or cutting down trees to actually employing them to plant the trees,” says Jones. But the company will also begin planting trees itself using drones, beginning on tribal land near San Diego. Without drones, they argue, it won’t be possible to plant millions of trees quickly enough.

The company is in discussions with Biocarbon Engineering, another start-up that is already planting trees by drones. But because Biocarbon Engineering has so much demand that it can’t begin a new project immediately, Now is also working with engineers to explore the possibility of doing the drone planting itself. The tribal land will be available in November, and tree-planting tests will begin in 2020.

The company is working with researchers at Switzerland’s Crowther Lab, which created the global map of potential tree-planting regions, to identify the best species to plant in each area. When the right mix of native species is planted, Jones says, the trees can grow with relatively little maintenance. “When you plant the species that should be in that area, they continually feed each other, and then they grow on from there,” she says.

While many other organizations also plant trees, the start-up is hoping to harness new support. “We’re committed to closing the gap between the people and reforestation projects, while creating community in the process,” Jones says.