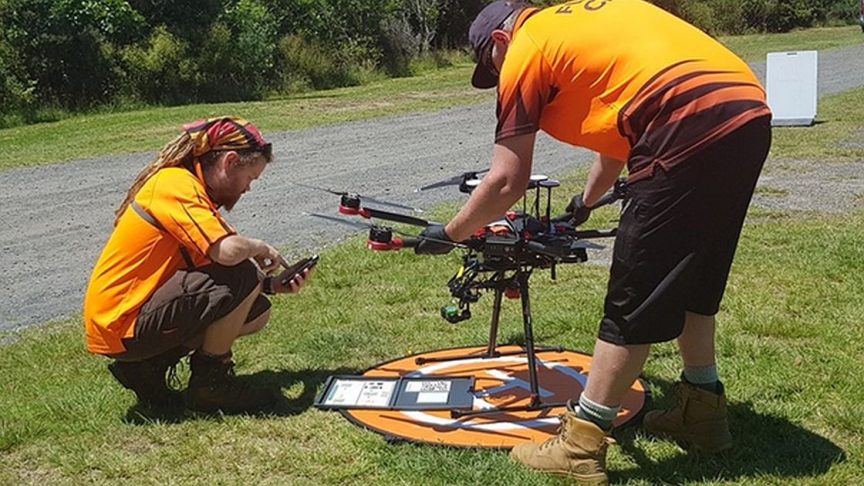 Deep learning has the potential to play a large role in this transformation. As presented to New Zealand and Australian inventory foresters at ForestTECH 2019, Scion is pioneering a new deep learning-based system that uses low-cost visual (RGB) imagery collected by UAV (unmanned aerial vehicle) mounted cameras that can identify and map radiata pine seedlings. The algorithm that has been created could soon replace manual surveys, which are laborious, expensive, sometimes dangerous and only suited to small areas.

Scion’s initial deep learning models detected seedlings with extremely high accuracy. Between 94-98 per cent of seedlings in a range of test sites and landscapes were identified. This year, the team has taken that technology one step further, and we can now detect and pinpoint the location of each seedling.

How did they do it?

The process begins by gathering high-resolution imagery from a UAV, stitching it together, scaling and geographically aligning it – creating an orthomosaic. This provides an accurate way to connect objects in the imagery with precise physical locations that can be utilised by the algorithm. A key development of this work was to prepare this imagery using a ‘tile and buffer’ approach. This ensures small objects like seedlings are not lost when these large orthomosaics are fed into deep learning models designed for use on images from a smartphone.

Scion scientists Drs Alan Tan and Grant Pearse worked with Dr Matthias Franz from Hochschule Konstanz University in Germany to test their approach at Rangipo in the central North Island. The site was pastureland that has converted to an experimental forest establishment trial as part of Scion’s Growing Confidence in Forestry’s Future programme.

The model was given part of the dataset (imagery and field measurements with spatial data) that had many seedlings pre-identified to teach it how to recognise them. As there were so many seedlings the model could only be given a point to represent the seedling’s location. This is unusual for deep learning, which usually requires a ‘bounding’ box carefully drawn around the objects.

What were the results?

The model achieved a very high detection rate of 99.5 per cent and only missed 16 of the 3014 seedlings in the dataset. The false negatives occurred where seedlings were undetected due to dense weed cover. There were also a few false positives caused by tall weeds being identified as seedlings.

The model’s performance was impressive. It only needed point locations for training which dramatically reduced the time and cost that would have been needed for traditional methods. The field measurements also played a big role in revealing seedlings hidden by weeds that would have been missed otherwise. Overall, the error rate remained very low and many seedlings hidden in weedy areas were still correctly detected.