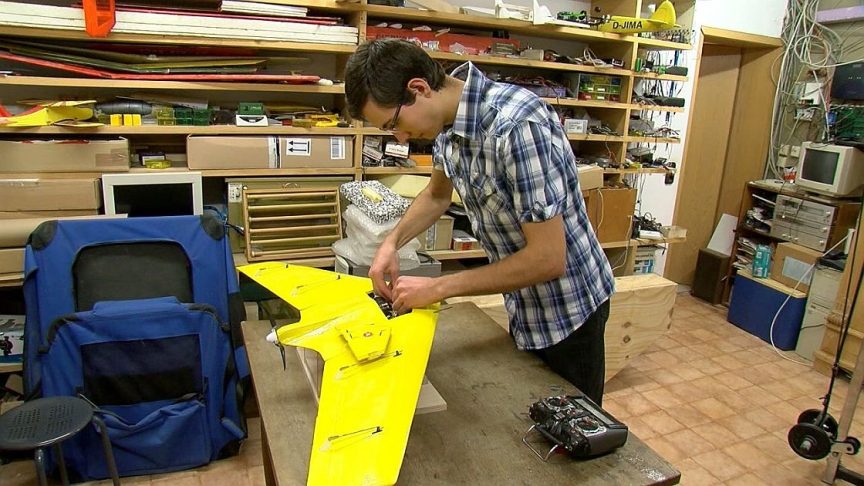 A teenage scientist from Germany has been given a top award thanks to an innovative drone design that uses a different wing lift pattern to traditional planes. It’s based on an historic German design that was never built, and crucially uses a single lightweight wooden wing. The result is improved aerodynamics, contributing to better stability in flight.

Eighteen year-old Ivo Zell was amongst a number of teen scientists awarded as part of the Intel International Science and Engineering Fair (ISEF) in Los Angeles, the world’s largest international pre-college science competition. He received $75,000 for his design, having been granted the Gordon E. Moore award, named after Intel’s co-founder.

On most of today’s aircraft, the wing lift (i.e. the upward force that keeps an aircraft off the ground) tends to drop off towards the wingtips. Early last century, two German brothers proposed a different lift pattern might be more effective. Their theory predicted increased stability if lift distribution was bell-shaped, rather than the standard elliptical shape. In other words, more lift would be generated near the aircraft’s body.

As this theory was never tested, Ivo decided to construct his own aircraft using the concept. He used software to design a small plane with bell-shaped distribution of lift, and a 3-D printer to create the internal structure from lightweight plastic, which he then covered with thin sheets of the equally lightweight wood, balsa.

The finished model has a wingspan of around 1.23 meters and, despite the plane’s motor putting out just 400 watts of power, it is able to fly easily at speeds of up to 160kms per hour. Ivo is able to fly the model using the simple radio controls that guide many of the other available model aircrafts, with the added benefit of increased stability without the need for a sophisticated computer to control it.

ISEF has been honouring young researchers in this way since 1950, with the awards created and run by the Society for Science & the Public (SSP). Now sponsored by Intel, the 2017 ISEF event brought together students from 78 countries, regions and territories.

“Congratulations to all our finalists, as well as our top three winners on their extraordinary research projects,” said Maya Ajmera, President of SSP. “As our world grows increasingly complex we need [their] innovative, transformative ideas to identify new solutions to our world’s most intractable challenges.”