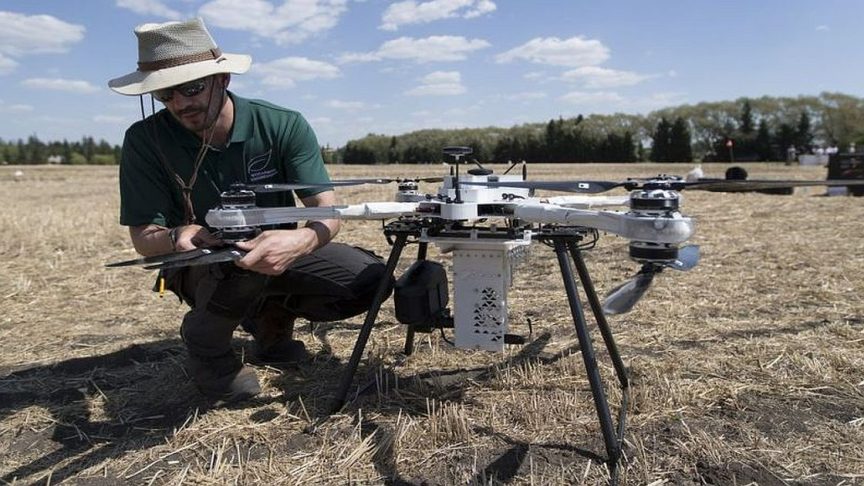 Telecommunications giant Telstra is starting its own carbon farm, growing trees to reduce its emissions.

Big polluters that want to move towards net zero emissions need to buy carbon credits to offset what they put into the atmosphere. But not enough carbon credits exist in Australia, so Telstra boss Andy Penn is becoming a farmer. “A carbon farmer,” he laughed.

The telecommunications company – more used to data farms storing information – is getting into the business of dirt, using internet-linked drones to plant and maintain 158,000 native trees in a 240-hectare trial site at Yarrowyck in northern NSW.

The project will take carbon out of the atmosphere, help improve sensors, robotics and artificial intelligence (AI) technology in the field, and set the company up to take advantage of the growing carbon abatement industry. “What sparked this was feedback from my team, that we were seeing challenges in getting access to carbon credits on a reliable basis to meet our commitment to be a carbon-neutral company, which we are,” Mr Penn said.

The problem behind that is there are not enough projects either avoiding carbon emissions or getting carbon out of the atmosphere, at a scale that meets the needs of big corporate emitters like Telstra – one of largest companies listed on the Australian stock market.

“It is a trial. But we have done a lot of work and, if we are successful at it, we would love to scale it up.”