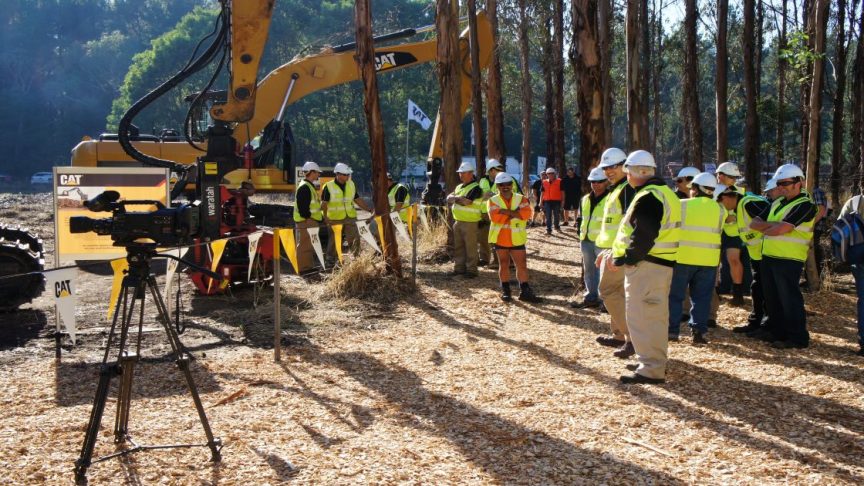 Fortunately, a full series of technology events and shows are being planned in Australasia by the Forest Industry Engineering Association (FIEA). A full list of events can be found on the FIEA website.

This week, Rotorua hosted the annual MobileTECH Ag 2021 event and in just three weeks’ time, forest managers and harvesting contractors will be coming into Rotorua for the two large events, HarvestTECH 2021 and Forest Safety & Technology 2021. A full programme at this stage is being planned with the first event for some time running in Melbourne, Australia, as part of the WoodTECH 2021 in early August. Further details will follow.

But what about the major international forestry trade shows?

2020 was the year when almost all major international forestry shows postponed to 2021, creating a complicated situation for the shows that were originally planned for 2021. Now we are in 2021, and some shows have already moved to 2022, like the former No 1 Elmia Wood. What will happen to the other ones?

The international forestry shows in 2021

The German show KWF Tagung/KWF Expo was planned for July 2020 but postponed to the same time 2021. They are, so far, the only show that has declared that they will go ahead this year. What about the other shows? Here is a summary:

Ligna 2021, in Hannover Germany, was originally planned for May 2021. It was postponed to 27th September to 1st October 2021. It is, however, unclear what will happen to the forestry part of the show. Ligna is mainly a trade fair for sawmill- and woodworking machinery, the largest in the World in this business. The forestry part has been a quite small, but important, outdoor activity of the fair. For suppliers of forestry equipment, the Ligna show is important as it attracts industry visitors, decision makers that decide about investments both for industry and forestry. This exclusive group rarely visit the pure forestry shows like Elmia Wood, KWF Expo or the Interforst.

As KWF was postponed to this year it seems that most forestry exhibitors will choose to participate at KWF only, and not at Ligna. That can however change before September.

According to their homepage, Forexpo will go ahead on their new dates 16th to 18th June 2021. The location is the old one in Mimizan south of Bordeaux.

As mentioned above, the KWF show will go ahead on the new dates 30th June to 3rd July 2021 with some changes due to Covid -19. The congress will take place the week before on the Internet. No large halls will be used this time. Instead, the exhibitors that normally have their stands in the halls will have small stands along the trails. The trails themselves will be made wider, and the distance between the stands will be increased to make it easier for everyone present to keep safe distances.

The DEMO International was planned for September 2020 but postponed until 16th to 18thSeptember 2021. The venue will be the same, Ottawa/Gatineau.

After several cancellations from bushfires and COVID-19, the AUStimber 2021 event is planned to run on 10-13 November. Further details can be found on the AUStimber website.

Will it ever be normal again?

Well, another year with uncertainty is what we can expect. Above are only the major shows mentioned. There are several small and local shows that also have had to change their plans due to the Covid-19 pandemic. Some even went bankruptcy and will most likely never start up again.

The current situation has taught companies how to market themselves in other ways than on the fairs. How will that affect the fair business? Will the international forestry fairs/shows be needed in the future? I certainly think so. Not only because I was active within the forestry show business in a previous life, but because I think that the need to meet will still be there. Maybe even more than ever now when we haven´t had any shows in a long time.

Customers and suppliers want to meet and forestry people in general wants to meet each other. So, I am quite sure that the shows will go on, but I don´t know exactly how or when.