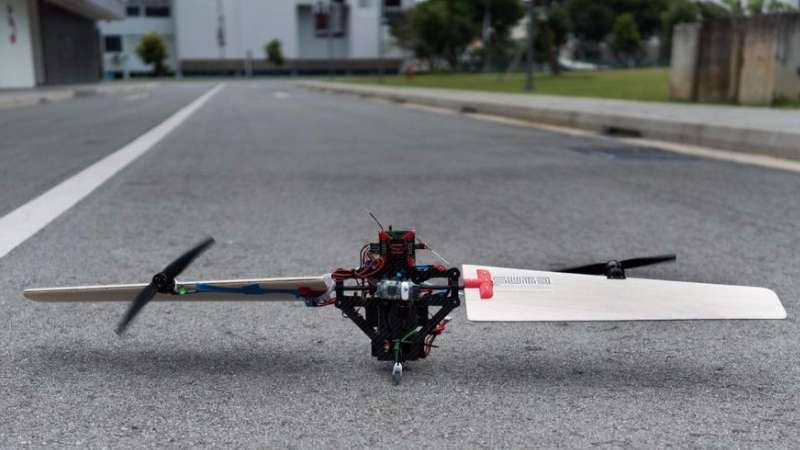 A team of researchers from Singapore University of Technology and Design (SUTD) is creating a Transformable Hovering Rotorcraft (THOR) and hopes their design can address the fact that multicopter drones cannot cover long distances. While THOR received a lot of coverage when first announced last year, there is a lot of potential for these designs within the forest industry.

THOR is based on a concept from 1913 called the monocopter. Originally, the monocopter was “structurally efficient,” since the frame was used to generate lift, but it was “strategically inefficient.” The lack of counter-rotational systems meant the pilot would have to spin with the aircraft, which would have been more like a carnival ride stimulating motion sickness.

THOR’s design improves on the basic monocopter design in a few ways. First, the researchers developed a second wing, therefore ditching the monocopter name. Now, THOR has two fitted wings that jut from the center of the UAV.

Additionally, SUTD was inspired from the samara seed, a flying tree seed that can be carried long distances by the wind.

“THOR’s opposing wings are mounted at right angles to each other and rotate into alignment when making the transition from helicopter-style hover to fixed-wing-style cruising,” according to New Atlas.

The students have created a passive system to rearrange the weight based on the flight mode. As the craft switches from hovering vehicle to fixed-wing aircraft, centrifugal force is used to move the ballast into position so the craft keeps its balance.

Currently, THOR is just a prototype, but it could have use in many different fields such as agriculture, surveillance and payload delivery – not to mention forestry as well.