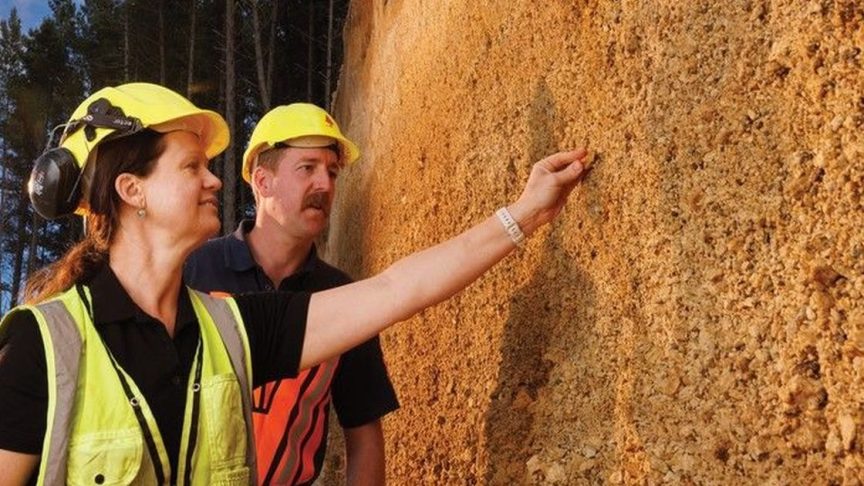 In May 2017, New Zealand’s Timberlands Ltd Board of Directors and senior managers toured through Puruki Experimental Forest in the Central North Island with a team of Scion scientists. As they stood on the top of a hill in Puruki they could see their own Kaingaroa Forest estate, just 20 kilometres to the east and they knew that they needed to think big. Really big.

Scion’s Puruki Experimental Forest is one of the most productive radiata pine plantations in New Zealand. What the Timberlands directors saw with their own eyes at Puruki were pine growth rates twice what they were achieving in Kaingaroa Forest. This showed the Timberlands Board what was possible and helped drive the goal to double productivity in Kaingaroa Forest over the next 30 years.

That means catapulting average growth rates from 25 cubic metres per hectare per year to 50 cubic metres annually, by 2050. Fifty cubic metres by 2050 became known as ‘50 by 50’. By Timberlands’ own admission – this is a big, hairy, audacious goal.

For Dr John Moore, research and development manager at Timberlands, 50 by 50 is the focus of several research themes. “We’re conscious that our research – and indeed everything we do at Timberlands – can have environmental and social outcomes on a large scale,” says Moore. “With big, hairy, audacious goals comes big, serious responsibility.”

Scion principal researcher, Dr Peter Clinton, says the Resilient Forests research programme is delivering the underpinning knowledge that will help companies such as Timberlands achieve their goals around productivity and sustainability.

At 205,000 hectares, Kaingaroa Forest is the largest planted forest in New Zealand. It covers just over 0.7 percent of New Zealand’s land area. Ninety percent of that land is in productive forest, with radiata pine comprising 95 percent of trees. The company is involved in harvesting and marketing over four million tonnes of logs each year.

A century before Timberlands came up with its big, hairy, audacious goal, the New Zealand Government had equally ambitious plans of its own. It would create a forestry industry.