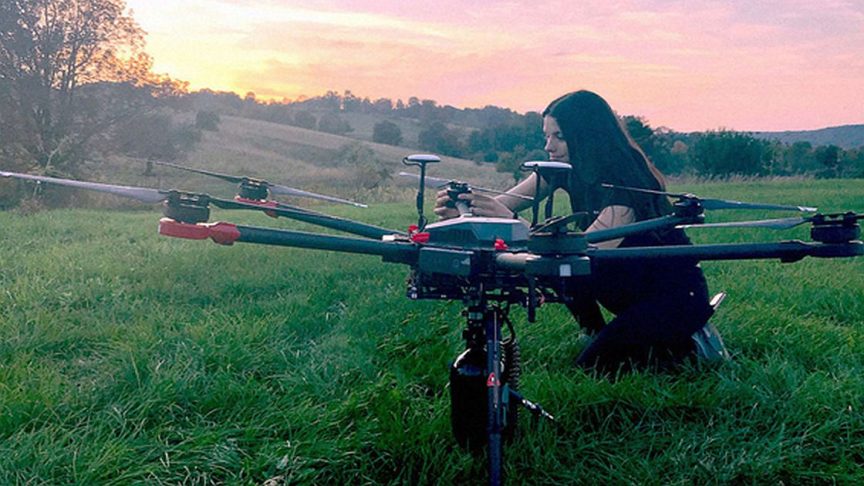 On land north of Toronto that previously burned in a wildfire, drones are hovering over fields and firing seed pods into the ground, planting native pine and spruce trees to help restore habitat for birds. Flash Forest, the Canadian start-up behind the project, plans to use its technology to plant 40,000 trees in the area this month. By the end of the year, as it expands to other regions, it will plant hundreds of thousands of trees. By 2028, the start-up aims to have planted a full 1 billion trees.

The company, along with a number of other companies employing tree planting drones (and already working with local companies on in-field trials) such as DroneSeed and AirSeed Technologies, believes that technology can help the world reach ambitious goals to restore forests to stem biodiversity loss and fight climate change.

The Intergovernmental Panel on Climate Change says that it’s necessary to plant 1 billion hectares of trees—a forest roughly the size of the entire United States—to limit global warming to 1.5 degrees Celsius. Existing forests need to be protected while new trees are planted; right now, that isn’t working well. “There are a lot of different attempts to tackle reforestation,” says Flash Forest cofounder and chief strategy officer Angelique Ahlstrom. “But despite all of them, they’re still failing, with a net loss of 7 billion trees every year.”

Drones don’t address deforestation, which is arguably an even more critical issue than planting trees, since older trees can store much more carbon. But to restore forests that have already been lost, the drones can work more quickly and cheaply than humans planting with shovels. Flash Forest’s tech can currently plant 10,000 to 20,000 seed pods a day; as the technology advances, a pair of pilots will be able to plant 100,000 trees in a day (by hand, someone might typically be able to plant around 1,500 trees in a day, Ahlstrom says). The company aims to bring the cost down to 50 cents per tree, or around a fourth of the cost of some other tree restoration efforts.

When it begins work at a site, the start-up first sends mapping drones to survey the area, using software to identify the best places to plant based on the soil and existing plants. Next, a swarm of drones begins precisely dropping seed pods, packed in a proprietary mix that the company says encourages the seeds to germinate weeks before they otherwise would have. The seed pods are also designed to store moisture, so the seedlings can survive even with months of drought. In some areas, such as hilly terrain or in mangrove forests, the drones use a pneumatic firing device that shoots seed pods deeper into the soil. “It allows you to get into trickier areas that human planters can’t,” Ahlstrom says.