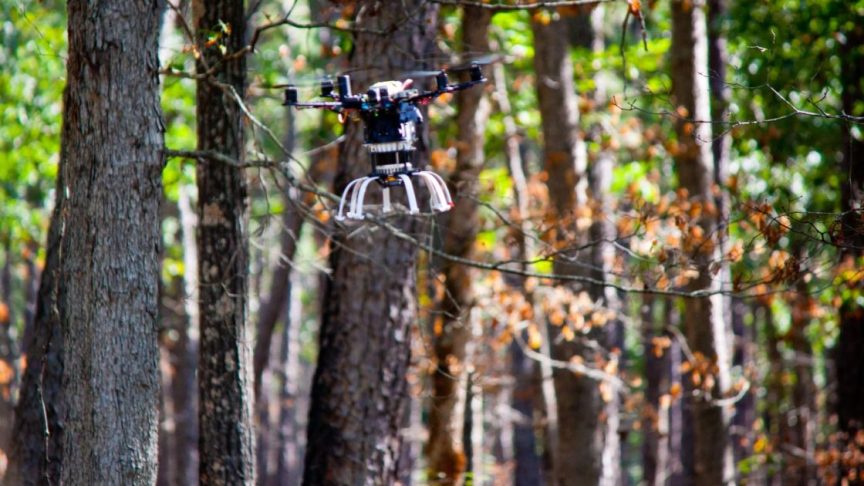 Over the past decade, drones have become an increasingly important tool for forest monitoring. They’re a fast and effective way to collect a lot of data in one go, without upsetting the natural balance too much. Formed as a spinoff of the University of Pennsylvania’s GRASP Laboratory in 2020, Treeswift has been working to build out that promise.

Founders Steven Chen, Elizabeth Hunter, Michael Shomin and Vaibhav Arcot brought together expertise in drone swarms and forestry to create a system capable of collective large swaths of data in a fly-through. That information, collected through on-board cameras and sensors, can be utilized for a wide range of different applications, including deforestation monitoring, carbon capture readings and forest fire prevention.

“Our mission is to build the data ecosystem for the natural world, and we are accomplishing that by capturing important data from below the forest canopy,” Chen, the startup’s CEO, said in a release. “We anticipate that Treeswift technology will help to obtain a more transparent, verifiable and accurate view of the planet from the ground up.”

This week, the company announced, fittingly, a seed round. The US$4.8 million in funding, led by Pathbreaker Ventures, brings the total up to US$6.4 million.

“Treeswift’s solution is able to measure the natural world in a way never before possible,” says Pathbreaker’s Ryan Gembala. “The implications for commercial forestry, carbon capture and more are profound. I expect the data from their deployments to become a foundation for the biggest opportunities in nature-based solutions and management over the upcoming decades.”

The Philadelphia-based startup’s primary offering is SwiftCruise, a combination hardware/software solution capable of collecting metrics on a tree-by-tree level. The information is processed by on-board machine learning algorithms and collected in a cloud based data dashboard. It’s a more detailed picture that what’s traditionally been collected by methods like satellite or plane imagery.

Treeswift is currently piloting its technology with a number of commercial forest companies.