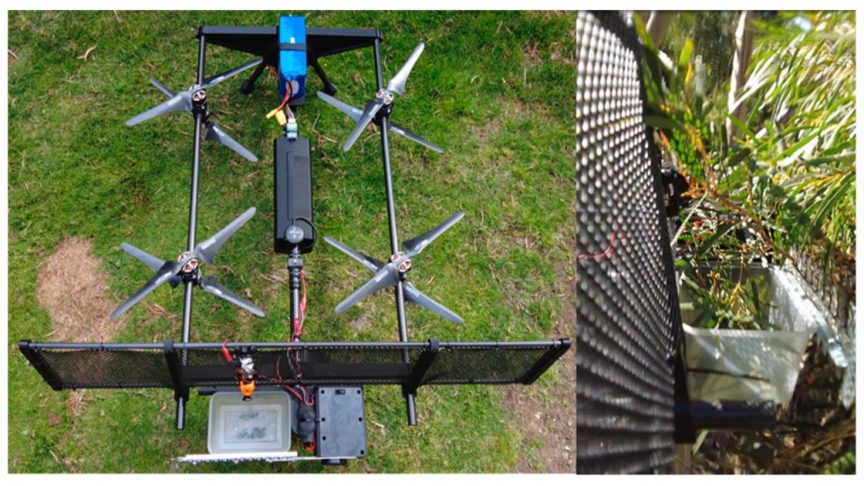 Last year we detailed a forest canopy sampling tool that was developed by a Canadian company, DeLeaves and is being used operationally, principally in North America and Europe. Suspended under an unmanned aerial vehicle (UAV), the sampling tool is self-powered, equipped with an HD camera, and has two robotic arms there to grab and cut foliage samples from trees.

As detailed, this new tool is going to be showcased as part of this year’s ForestTECH 2021-22 event running in Rotorua, New Zealand on 23-24 February. Further details on the programme running in one month’s time can be viewed here.

In Australia, a similar system for collecting foliage samples has been worked on. This video is part of the paper titled: “Design and Testing of a Novel Unoccupied Aircraft System for the Collection of Forest Canopy Samples” and outlines progress on the system. Four iterations of 3D printed canopy sampling UAS are shown.

Funding: This research was supported by Forest and Wood Products Australia (FWPA) and the Department of Agriculture, Water, and the Environment (DAWE), as part of the Science and Innovation Awards grant program (GA75963). This project was also supported by the Australian Research Council, Training Centre for Forest Value (IC150100004).