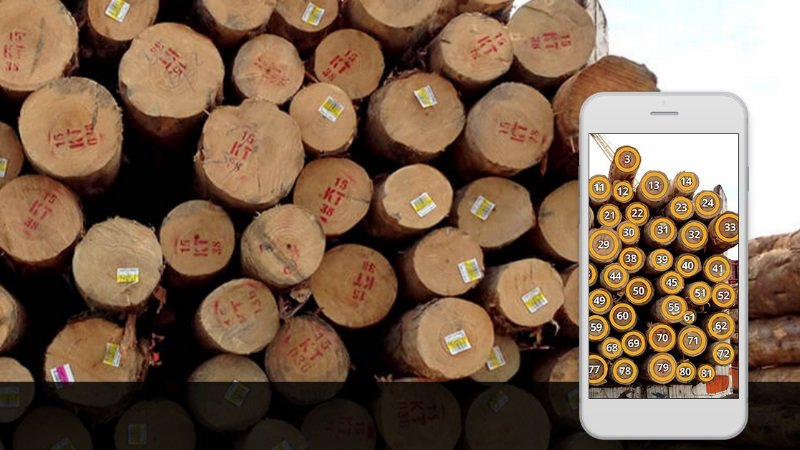 The recognition of objects within images is a technology within the field of computer vision. A practical application within the forest industry is counting logs. Once I heard about an app that would do this it seemed like an obvious application for this technology (it was only obvious to me after I was told about it!).

Last year a colleague let me know that he was using an application on a Windows 10 tablet that would count the number of logs visible from the back of a loaded truck. He said as long as the logs are well illuminated the software does a great job identifying every log. Logs hidden in the shadow would be missed but could be quickly added to the count manually by tapping the screen.

Recently I went looking for an application that would do what my colleague described. Both the Google Play Store and the Apple App Store have several apps for counting things visible in a photo. However, the majority require the user to count the objects manually by tapping on the screen.

I only found one application that available for Windows, Android and Apple devices that will count automatically: “Count Things from Photos” by Dynamic Ventures, Inc. This application can be used to count things such as logs, pipes, layers and clusters. The app is free to download but a subscription is required to count more than a few items. The image used in the link below illustrates what how the app counts and assigns a number to each log identified.

I would never be able to as good a job counting the logs visible in a photo as this application can. It eliminates a tedious and time-consuming task. Also, it creates an auditable record of counts which can be very important in the event of a dispute with your customer!