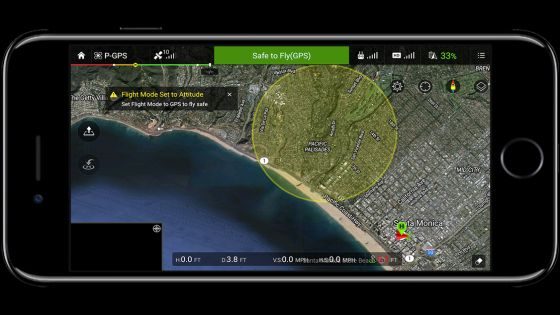 “The strategic partners participating in our Series B financing reflect the diversity of the drone ecosystem and the potential of drones to benefit every sector of our economy,” said AirMap CEO Ben Marcus, who also serves as the industry co-chair for the FAA/industry Unmanned Aircraft Safety Team. “Very soon, millions of drones will fly billions of flights. This is a future that depends on safe, autonomous drone operations at scale. AirMap’s technology will make this future possible, allowing the drones of today, and the autonomous drones of tomorrow, to take flight.”

The list of investors in this latest round shows that the company is attracting not only financial support but industry partnership. The company claims that the AirMap platform “powers the vast majority of the world’s drones,” by providing operators with real-time airspace information and services. Certainly, the platform has seen very wide adoption, and is embedded in drones produced by most of the global leaders in drone manufacturing, including DJI, Intel, senseFly, 3DR, and Aeryon Labs.

The company has also been instrumental in efforts to build UTM (Unmanned Traffic Management) systems, a key component in full integration of drones into the airspace. It’s a complex problem of communications and data exchange: but AirMap reports that more than 125 airports use AirMap’s airspace management solution “to open surrounding airspace to drones, view past and current drone flights, accept digital flight notices, and communicate with drone operators.”

AirMap grew fast in 2016, expanding its workforce to 50 employees and launching the AirMap developer platform, which opens the company’s library of APIs and SDKs to industry manufacturers and app developers, and the Digital Notice and Awareness System, the airspace management dashboard referenced above. Now, the company will require significant support from all of its partners and sure-footed leadership to negotiate the fast global growth they’ve outlined for the next year – but co-founders Ben Marcus and Gregory McNeal seem confident that they can meet the challenge.