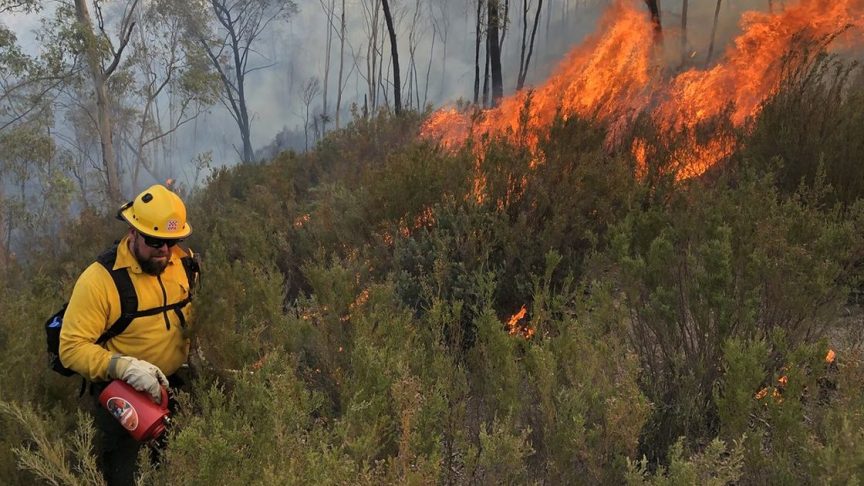 According to the NSW Fire and Environment Summary, about a quarter of New South Wales’ best koala habitat were burned in the bushfires.

Other areas of Australia are also not untouched by this tragedy. In Victoria, bushfires have destroyed koalas reserves and other endangered habitats leading to heavy losses of flora and fauna.

Forest officers and environmentalists are having a hard time trying to track these bushfires and predict the damages done by these disasters. Add to that the thick jungle canopies, and rescuers find themselves trapped trying to navigate through the fires.

Read on to know more about the use of drones in bushfire detection and damage control.

Before we understand the modern-day usage of drones and its impact on forestry, let’s first understand the origins of this technology. In the 1980s, US researchers made some remarkable breakthroughs in fire detection. In a satellite image captured by the National Oceanic and Atmospheric Administration, scientists noticed tiny white specks on a satellite image.

This satellite image was taken over the Persian Gulf ’s polar by one of the environmental satellites orbiting in space. Wondering what those white spots were! Well, they were thermal signatures of gas flares that emitted from oilfields.

With this discovery researchers had opened a whole new technology of fire detection. The trouble was, scientists had some initial troubles trying to distinguish oilfields from bushfires. Over time, the algorithms improved, leading to a more streamlined solution for bushfire detection. And to achieve this, drones and specialised sensors and satellites were brought into the mix.

Currently, an early bushfire detection system is under development and requires funding to purchase drone equipment, an array of sensors and other tools. This initiative is headed by professor Joe Dong, who is working with UNSW Digital Grid Futures Institute.

Professor Dong is working on a system of array sensors that can detect changes in the atmosphere to track exactly when the bushfires can commence. These sensors also calculate the intensity of the bushfires well in advance so that the authorities have ample time to prepare.

For the full article on Drones to monitor Australia for early bushfire prevention, click here