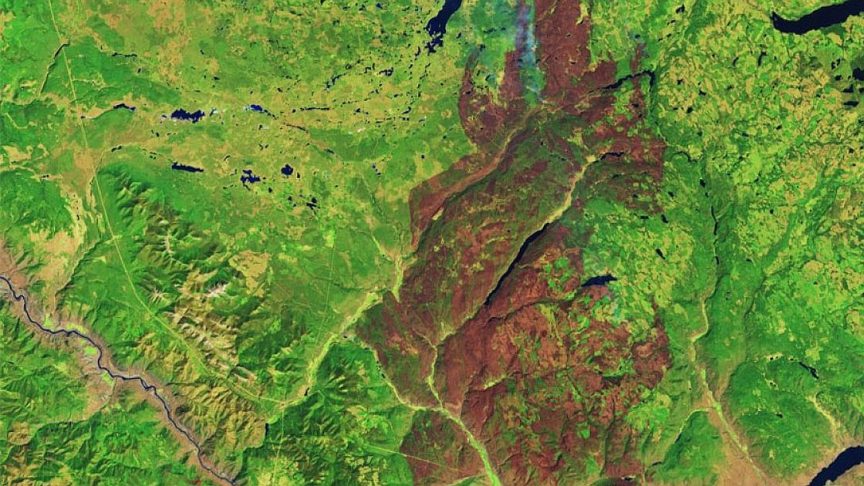 Forest management has undergone a transformation in recent decades. Management regimes have shifted from treatments that were applied to entire forests, to precise programmes, that can be tailored to single tree and are based on detailed data attained by remote sensing. Of the remote sensing technologies available to forest managers, satellite-based photogrammetry (the use of multiple images to extract measurements such as height) is a relatively unexplored area with huge potential.

Scion is exploring the use of photogrammetry applied to stereo-pair imagery from the Pléiades satellite constellation. Combined with an algorithm called semi-global matching, it has been used to model forest inventory attributes with a level of accuracy comparable to LiDAR.

Putting photogrammetry to the test

Scion’s Dr Grant Pearse put photogrammetry to the test on a forest in the South Island of New Zealand. Not shying away from a challenge, he and the team selected a forest with rugged terrain and acquired their imagery in winter when shadows are longer and capturing high-quality satellite imagery is more difficult.

Grant explains how it was done. “Newer, agile satellite constellations such as Pléiades allow us to take multiple images of the forest from different viewing angles in quick succession.”

The extra images and accurate positioning information enable 3D data to be extracted from 2D images. He says, “For our study, we collected a pair of images, so if there was a steep hill limiting the satellite’s view of the forest, images from the second position would capture it again from a different angle”.

Using the semi-global matching algorithm and a digital terrain model (DTM) for the site, the team was able to digitally reconstruct the surface of the forest canopy. This ‘synthetic’ point cloud describes the upper canopy with a very similar level of detail and accuracy to traditional LiDAR data.

In a novel twist, Grant and the team focused on describing the ‘texture’ of the canopy surface as characterised by the synthetic point cloud. They then used this process to smooth out some dark areas created by regions of heavy shadow or where the semi-global matching performed poorly with the satellite data.

The results were very accurate and in many cases were remarkably similar to LiDAR, despite the rugged terrain and wintery conditions. The textural attributes of the canopy surface were important in closing the gap between the data sources when predicting the indicators that are used to evaluate a forest’s productivity.

Larger and larger areas of New Zealand are covered by at least one LiDAR capture – providing an accurate, reusable DTM. Scion’s analysis has shown that once this DTM is available, alternative approaches such as satellite photogrammetry provide forest managers with another good option for gathering accurate, remotely-sensed data.

With this new approach comes a number of advantages. The high resolution (50 cm) imagery also allows for applications like updating forest boundaries and the spectral information (most suitable satellites include a near-infrared band) can be used to monitor forest health by detecting changes that could be caused by pathogens. Grant goes on, “LiDAR is expensive, and the data takes a long time to be turned around, but this technique costs much less and produces results quickly”.

The next step, says Grant, is for forest managers to start using the technique for applications such as mid-rotation inventory. “Photogrammetry is advancing rapidly and the same general principles can be applied to other data sources. The next step for us is to test what adjustments would be needed to apply these methods to data such as aerial imagery, which is already widely captured by the industry.”