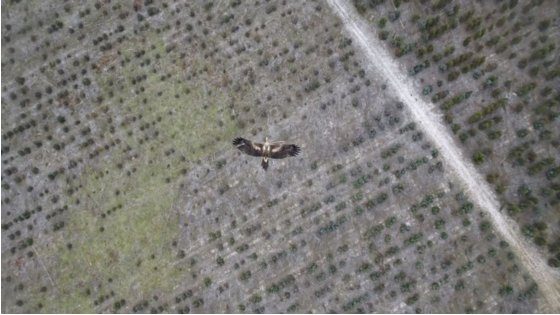 When it comes to operating commercial drones, there are some challenges that every operator needs to address: gaining official permission to fly, knowing where you can safely operate, staying on top of the weather… a professional dronist is rarely bored. But one issue, globally at least, is rarely discussed: the very real problem of birds of prey attacking unmanned aircraft in flight.

To explore this subject further, Waypoint met up with two senseFly operators: Troy Fardell, the director of RPAS Australia and Andrew Chapman, the NSW director of Australian UAV. Based in Australia—home to the aggressive wedge-tailed eagle—these mapping pros know a thing or two about working near winged invaders. In this exclusive discussion, they discuss how birds attack, how to go about avoiding them, plus they highlight one specific incident that speaks volumes about the eBee’s durability.

Drone strikes by birds are surprisingly common and occur in many parts of the world; not only in Australia but also parts of Africa, select US states, parts of Europe and in Latin America. The culprits are typically serious—and seriously large—birds of prey.

Down in Oz for example, wedge-tailed eagles are one of the most common UAV attackers. “They are magnificent birds, much larger than even the American bald eagles,” says Australian UAV’s Andrew Chapman. “Here in Australia, we usually see an eagle on one job in four when flying in rural areas, and our drone is aggressively attacked perhaps one job in six or eight.”

Troy Fardell of RPAS Australia claims this attack ratio can be even higher: “I would guess that 40% of the time I have to perform at least one eagle avoidance,” he says. “They are always there.” Read More

Image: A wedge-tailed eagle, captured by an Australian UAV eBee flying over a plantation forest in Victoria, Australia