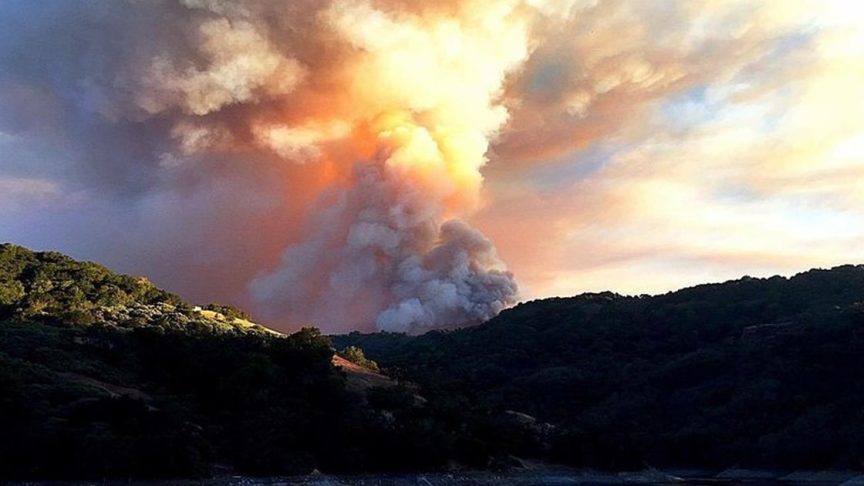 Drones becoming a useful tool in wildfire meteorology, the effort to understand weather that leads to fire risk.

As wildfires continue to rage across vast swaths of the western United States, researchers are developing the use of unmanned aerial vehicles (UAVs) to understand the weather systems that lead to the fires’ ignition and spread and to help develop tools to battle the blazes.

A team of researchers from the Fire Weather Research Laboratory at San Jose State University in California recently completed a study that demonstrated that a drone equipped with a sonic anemometer is an effective tool for taking vertical profiles of atmospheric variables, a process that would otherwise require the use of costly weather balloons or the construction of a meteorological tower.

What is Wildfire Meteorology?

“It tuns out the wildfire environment is poorly sampled and there have not been a lot of measurements around wildfires,” Craig Clements, professor at SJSU’s Fire Research Laboratory and leader of the project, said in an interview. “We need that data to better understand the fire environment for modelling so we can better predict changes, especially as the climate changes and fires get more intense.”

Clements began experimenting with using unmanned aircraft to measure meteorological conditions near wildfires in 2008, when he flew a small fixed-wing, gas-powered remote-controlled airplane through the smoke plumes of wildfires. Since then, the increasing sophistication of UAVs has greatly expanded the potential for their use in fire research, he said.