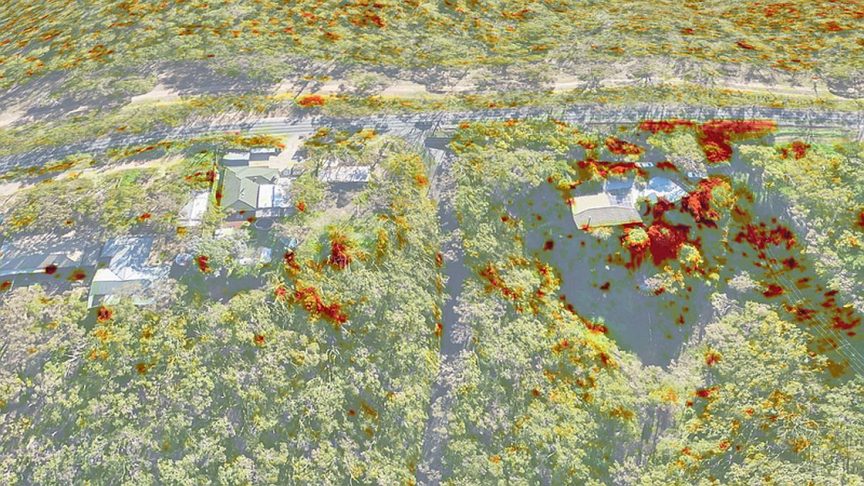 Editors Note: Aerometrex is also a sponsor of ForestTECH 2020 and will present this exciting new innovation in detail at the conference.

Aerometrex has just announced that it’s developed a new technology that can determine, in three dimensions, the exact fuel load densities in any bushfire-prone region in Australia.

The product is an advance of the company’s existing LIDAR (Light Detecting and Ranging) technology and was developed over 2020 in conjunction with government and industry in the wake of the disastrous Black Summer fires across Australia during the 2019-20 fire season. The technology will be available to authorities ahead of this year’s bushfire season.

It surpasses current and historic fuel load methodologies by delivering and visualising data not possible to be collected or “seen” from conventional satellite, aerial or drone imagery fire-fighting tools. Its real-time and ultra-high data capture of fuel load density underneath tree canopies is achievable regardless of location, terrain type, ground cover or accessibility.

It is understood to be the first system able to standardise the capture of LIDAR for the purpose of bushfire fuel load mapping in Australia and they believe the breakthrough should allow emergency authorities, government, and communities, to adopt a far more science-based and pre-emptive fuel load strike position ahead of this year’s bushfire season.