ForestTECH is this region’s premier technology series. It’s run for Australasia’s forest resource managers, planners and inventory foresters by the Forest Industry Engineering Association (FIEA). Since 2007, it’s the one event every year run in both Australia and New Zealand that focuses on this particular part of the forestry industry. Forest owners, forestry mangers, key researchers and technology providers are also now picking up the opportunity of building in their own client meetings, workshops and discussion groups around the event.

Over 270 delegates attended the ForestTECH series in November 2017. All of the major forestry companies in Australia and New Zealand were represented along with representatives from major Indonesian and South African forestry companies.

Last year new data collection technologies were highlighted. ForestTECH 2017 reviewed advances being made on accessing, processing and better interpreting the associated big data streams that were being collected out in the field. The task that was been grappled with by many forestry companies was how best to sort through and use the collected data and convert it into something that’s usable for all stakeholders.

The focus for ForestTECH 2017 was “unlocking the true value of data”. New systems for better measuring, managing and analysing this information was again reviewed as part of the 2017 technology series. Emphasis was also put on research findings from recent in-forest trials and from a world class three-year, AU$1.8 million collaborative research project on remote sensing jointly funded by Forest & Wood Products Australia (FWPA), forestry companies, universities and government.

Leading Australian and New Zealand researchers who’ve been working alongside local forestry companies were for the first time able to share their results. ForestTECH 2017 was also able to review some of the disruptive technologies that were showing real promise for research, in business and operationally, out in the forest. These included technologies like; artificial intelligence, the IOT, machine and deep learning, robotics, automation, UAV’s and the use of virtual and augmented reality.

Research into remote sensing of plantation forests in this region for resource assessment is world class. We’re leading the world right now in how new platforms and sensor technologies are being used to acquire, analyse, process and use 3D dense point cloud data. What is unique to Australasia is the collaboration that exists between researchers (with a range of disciplines both inside and outside the forestry industry), the key technology providers and industry on both sides of the Tasman who have been working on these projects.

Also, what is unusual, compared to other parts of the wood supply chain, is the sheer speed of change. UAV’s for example, just two to three years ago were being looked at as a potential and maybe cheaper tool for getting an eye up in the sky for forestry operations. They’re now been routinely used for functions like; acquiring inventory data, forest health surveys, tree survival counts, quality assurance and tree height measurements. In just 16 months, over 65 UAV pilots have been trained from forestry companies in New Zealand. Similar numbers are being trained by larger forestry companies in Australia. Small, robust lightweight UAV’s are now part of the technical tools being used by field foresters.

There is also a very short lag time (often just six months at the moment) between the time research results are being relayed to forestry companies to the time that it’s being implemented operationally. ForestTECH 2018 will provide local forestry companies with a timely and independent overview of recent advances, both in research and in the operational use of the technology, made in just 12 months on forest data collection tools and systems that have been developed to better measure, analyse, report and act on this captured information.

We have worked closely with a wide range of New Zealand, Australian and international companies, service suppliers, researchers and government bodies to develop a strong and innovative programme. If you have any questions about the programme, please contact the Brent Apthorp on brent.apthorp@fiea.org.nz or (+64) 3 470 1902.

Programme at a Glance

Note: Interest in attending the workshops can be made during registration. Space for each workshop is limited though. A maximum of 40 delegates can be accommodated at each workshop in New Zealand and 35 delegates at the workshops in Melbourne. The numbers relate to the size of the additional rooms available at each venue. Based on previous pre-conference workshops, spaces are likely to go very quickly. Registrations for the workshops will be taken on a first come-first served basis.

The workshop will discuss overall industry trends in forest management & wood procurement software and explore what Trimble is doing in this space to help industry.

Updates for the forestry user.

Martin Hooper will provide an overview of AR/VR/MR technology, including the Microsoft HoloLens and Microsoft’s Mixed Reality ecosystem. He will demonstrate various use cases as to how mixed-reality can be applied to forestry planning and operations today. Martin will showcase Taqtile’s HoloMaps and Manifest mixed-reality solutions and how current customer case studies can be applied to the forestry business.

The workshop will cover:

The workshop will discuss overall industry trends in forest management & wood procurement software and explore what Trimble is doing in this space to help industry.

Workshop 2: Mixed-Reality and Why it Matters

The workshop will cover why, where and how mixed reality is been used and future opportunities.

The workshop will cover:

Integral will be hosting a GeoMaster users’ meeting, primarily for Australian users, the day after ForestTECH 2018 in Australia, Thursday 22 November 2018. This will be held at the same venue - Bayview Eden Melbourne. Any GeoMaster users wanting to attend, please contact Christian Pilaar: christian@integral.co.nz to register your interest.

ForestTECH 2021/22 is now a virtual online event only

Don't miss out on this event and industry technology updates

ForestTECH offers a tremendous opportunity for companies involved in developing innovative tools, technologies and resources for forestry planning and management to maximise their exposure to New Zealand and Australia’s forestry companies. Exhibition spaces are always at a premium. FIEA has a well-deserved reputation of providing both sponsors and exhibitors with a unique platform for promoting their products and services to the industry in BOTH New Zealand and Australia.

ForestTECH 2018 is already being planned. We already have strong interest in the sponsorship and exhibiting opportunities available. Early partners will benefit from exposure in the the newly updated website, www.foresttech.events, which is now providing monthly communication to well over 1,000 resource managers and inventory foresters in this region.

Sponsorship and branding opportunities are also available for other Forest Industry Engineering Association (FIEA) events and in the region’s most widely read weekly e-newsletters, Friday Offcuts and WoodWeek.

With its beautiful garden setting and located just minutes from the city centre, Distinction Rotorua Hotel is the perfect place to relax and unwind after a big day at the conference.

After the event, this hotel is also a great base to enjoy the wealth of attractions and activities Rotorua has to offer. Free car parking is available at the venue, however, spaces are limited and hotel guests take priority.

Perfectly positioned for business and pleasure.

Bayview Eden Melbourne is located adjacent to the beautiful Albert Park Lake & Golf Course and close to all Melbourne has to offer.

The following special accommodation rates are available to delegates:

Since 1998 the Forest Industry Engineering Association (FIEA), a division of Innovatek Ltd, has run an extensive series of technology related events for Australasian forest products companies. Over 500 conferences, trade shows and exhibitions have been run for local companies in Australia, New Zealand, the US and Canada.

FIEA’s key objective is to provide an independent platform to showcase new and emerging technologies to enable local companies to improve both their financial and operating performance. Now firmly established on the calendar of all forestry companies, FIEA technology events provide one of few real networking opportunities that are available to industry to network, exchange ideas and to set up long lasting contacts and strategic alliances.

FIEA is recognised as one of the most effective information and technology brokers’ available to Australasian forestry & wood products companies. 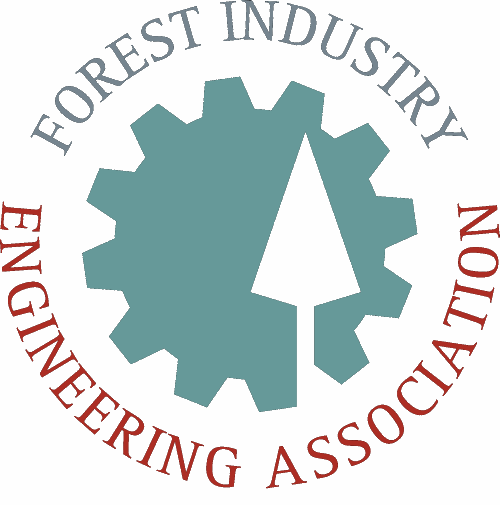