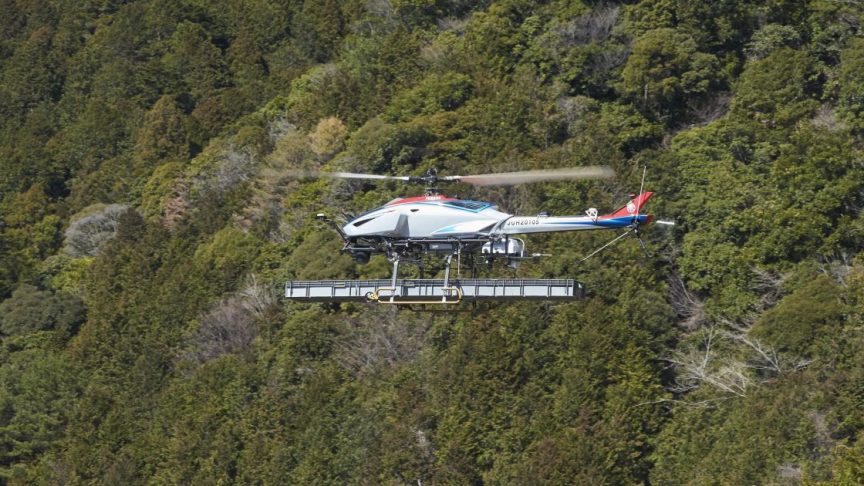 Yamaha has introduced an upgraded version of its Fazer R G2 unmanned helicopter, or drone, equipping it with more thrust and greater payload capacity. This should make it more suitable for carrying out aerial deliveries, which the company expects to help cut labour costs and construction times, among other uses.

We’ve looked at various iterations of Yamaha’s so-called unmanned helicopter over the years, including the R-Bat developed with Northrop Grumman and the agriculturally-minded Fazer R G2. We also saw this model used in seafood delivery trials with Japan Airlines in 2020.

The latest addition to the stable is basically a reimagined Fazer R G2, and is simply dubbed the Fazer R G2 Delivery Model. Yamaha has fitted the aircraft with a larger and redesigned main rotor measuring 1.8 m (70 in) long, up from the 1.56 m (61 in) of the original.

This generates more thrust and works with a lighter camera system and battery, along with an optimized fuel tank capacity, to offer a significantly higher payload of 50 kg (110 lb), up from the 35 kg (77 lb) of the original. As Yamaha points out, this means it could transport a ton of material in 20 trips, compared to the 29 required by the original model.

Put to work on construction sites, this could save time and reduce labour costs. For spraying operations, this means a greater load carrying capacity. It could also broaden the scope of what the aircraft can deliver to homes in mountainous regions, for example.